The final exercise of this project makes use of the viewfinder grid display of your digital camera. This function projects a grid onto the viewfinder screen to help align vertical and horizontal lines, such as the horizon or the edge of a building, with the edge of the frame.

For this project, I needed to take a number of shots in which I only focus on a part of the image – more specifically sticking to the rule of thirds. Below is an example of the rule:

This image is just a basic example from Google. The main point of this exercise is to show an understanding in framing, as well as utilizing this skill to improve the look and feel of images. It’s incredibly important to stick to these rules as it’s common practise in most professional environments. The rule of thirds is as important to photographers, as the three act structure is to your favourite film maker.

For my project in particular, I wanted to take it back to basics. I spent a considerable amount of my time focusing on colour grading in my photos, I like a certain look and vibe to each of my photos. When I want to challenge myself, sometimes I will completely boycott colour all together in my work because I like to refine my skills in other areas. For my final exercise I wanted to display the fundamental importance of the rule of thirds, focusing on shots that work in a gestalt fashion. 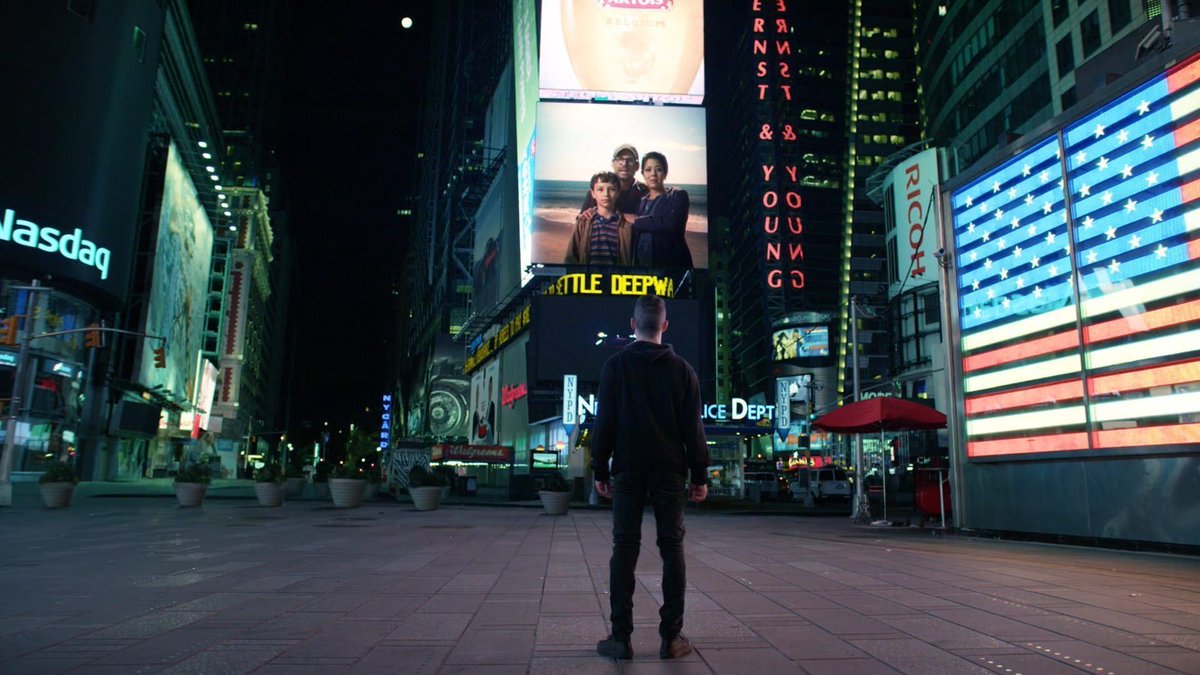 I began researching its uses in Film and Television, obviously it’s something we use every single day, but it’s often refreshing to see it being utilized in different types of media as opposed to just Photography. I’m very active on Instagram, I follow a lot of photography pages as research, I personally think the line between Cinema and Photography is very thin at this point as they’re both visual mediums wanting to tell a story. They even use the same rules as each other. And more specifically in my photos, I like to set a mood and build a tone from a conceptual point of view – I usually do this with colour and symmetrical framing, so researching for this project was really fun and refreshing.

I planned my shots to focus on each part of the viewfinder exclusively, but also thought of moments and places which were quite different and unique. As I said earlier, I wanted to capture this project in Black and White to focus almost exclusively on framing and structure. 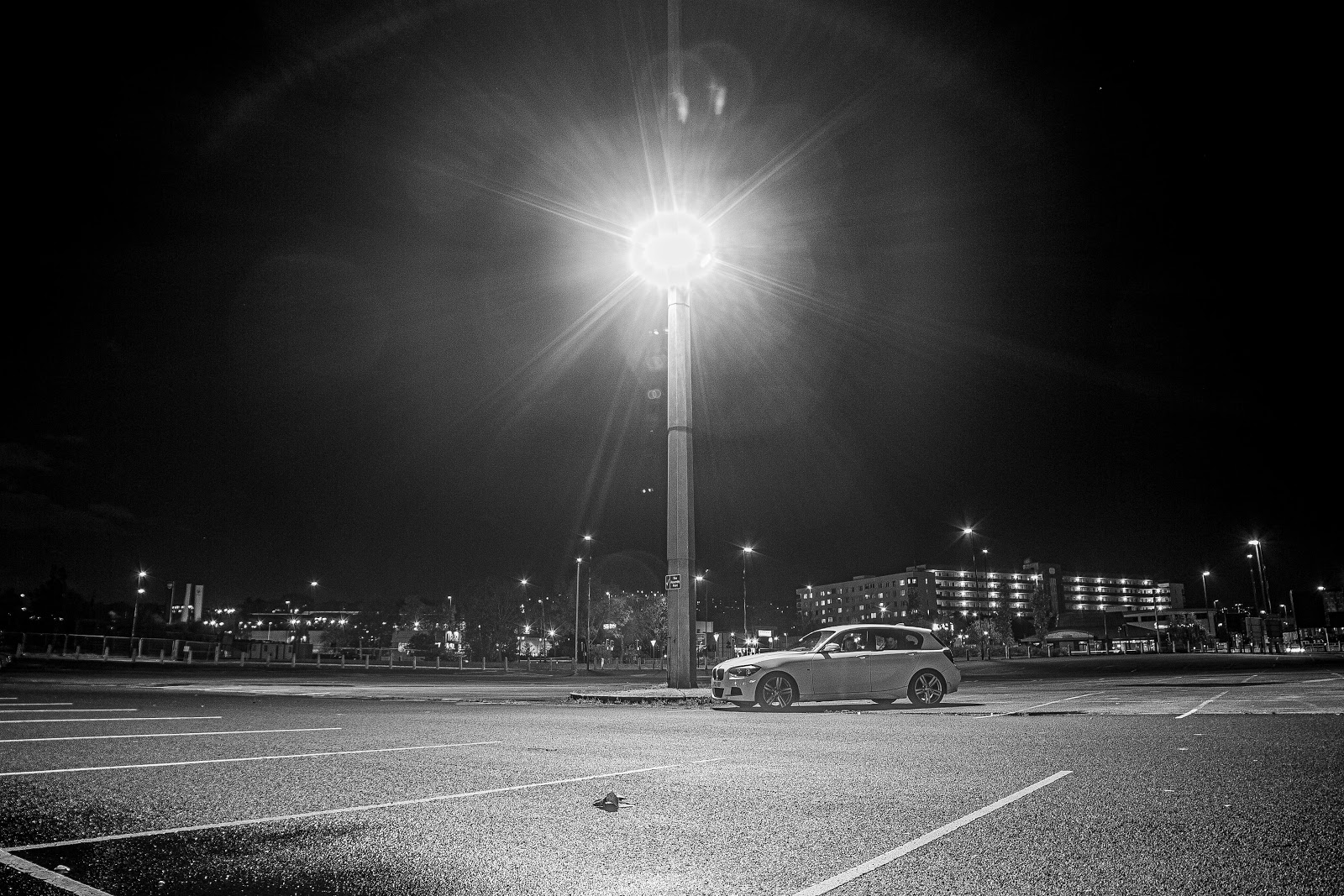 For this shot in particular, I decided to retrace old ground to where I’d shot part of my Square Mile project. There was a particular car park which was completely empty due to Covid-19 restrictions. At first, I didn’t want to feature any cars at all in the project and just capture the huge light beaming down onto the ground below, however, I thought about the brief further and decided if I parked slightly to the right of it, there’s this off-kilter feeling to the image. This adds to the gestalt imagery stated in the brief, I didn’t want people to look at the shot and just think: ‘car’, ‘lamp post’ or ‘cityscape’ – I wanted to combine all of these aspects together and we’ve got a well structured image with multiple layers. Of course I kept the lamp post towards the top middle of the frame, shooting up at it as well to add a sense of scale. The 14mm really helped sell this sense of scale, pushing everything further away from the camera and warping the edges in the lens, this really did help the image feel more compact.

This image was composed over 1.5 seconds, at an aperture of F3.5. I decided to lock the camera on my tripod to eliminate all movement and my main priority was keeping the light the main focus of the image without distracting too much from everything else that’s going on in the frame. When researching the rule of thirds I found a lot of its uses in films and tv. I did however notice that the lens I was having a lot of problems in these circumstances. In retrospect I would have probably have used a lens that wasn’t as prone to flaring and I think this is quite a poor image. I’m not particularly proud of the washed out highlights. I do think there could be a reshot version of this image in the final edit.

I wasn’t able to cope with not being able to produce a decent image, so I went even further. I kept the same composition of the car and the lamp post.

For these shots, I chose to switch back to an M mount lens on the Leica, the Leica has a better image straight out of the camera as the .RAW files are way more flexible in post. I wanted this photo to be more focused on the wheel in the middle of the frame. Sure, this is just another picture of a car – but upon further inspection you can see the rust, the cracks, the moss. The sky was incredibly white on the day, I didn’t want this to blow out the whites in the photo too much, so I decided to use the sunny 16 rule as well as the rule of doubles and shot at ISO 200 at 1/400th of a second at F4 – this was to ensure I didn’t overexpose the sky bouncing down on the hood. The most important part of the shot was the wheel in the middle of the frame, part of the reason I really like this shot is the placement of the wheel compared to the rest of the shot as it’s almost symmetrical. I wanted the composition to be balanced, yet off kilter, sweeping into the camera.

As you can see for the final edit I didn’t actually tweak the exposure settings too much, simply pressed the Black and White button on Adobe Lightroom and boosted the contrast. I chose this particular method and utilized it throughout all of my images. For this photo, I decided to focus the camera up on the climber. At first I chose to position the guy in the middle of the photo, then in the left-middle. Getting more of the cliff in frame gives a better sense of scale.

I wanted to test myself with this exercise, I think the rule of thirds is one the most important aspects of photography. Documenting and exercising it in this manor has actually increased my ability to compose images, sure, we’ve all used this rule every time we’ve taken a photo – but, it’s good to emphasise it as well! Exaggerating its effects has a great effect over the image. I chose to do 8 final images, but as you can I did initially round it down to nine.